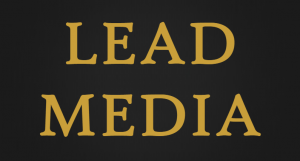 The Lead Media is the first image seen when opening an article. It should appear on the right-hand side of the lead text, before the table of contents. It should be entered before any text as to align with the top row of the lead paragraph.

The Structure of an article concerns the organization of sections and media. Better structure allows the reader to navigate the page easier and feels more intuitive. The structure should also seek to give maintain cohesiveness throughout the wiki. This aims to give the reader a better experience by using a predictable layout. WikiIslam employs an encyclopedic format for all articles. All articles can be adjusted to keep the flow and intuitive feel of the article, deviating from these rules where necessary, however such deviations should be deliberate and rare.

The lead is an introductory summary that comes before the table of contents and is not followed by any section titles. It aims to give the most essential information about the subject within the first few lines in simple and short sentences. The lead should contain no more than five easy to read paragraphs.

Here is a good example from the page on Muhammad:

Following paragraphs should include “peacock terms” or stand out summarized information about the subject from the body. For example, in an article about Aisha, her age at marriage would be a peacock term of interest. This should be mentioned in the lead in no more than one or two sentences and developed later on in the body. These paragraphs should also be kept as simply written and possible. All text should aim to be as neutral as possible.

Text quotes are sometimes necessary to highlight a relevant piece of work within the article. Generally, using the "Template:Quote" format outside of the "Relevant Quotations" section should be avoided, as it is highly preferable to simple incorporate a summary of the source directly into the text along with a footnote. If, however, a summary would prove ineffective and a brief direct quote cannot be incorporated into the text directly (if, for instance, the quote is lengthy or includes a bulleted list), then the "Template:Quote" format may be used. Be sure to include a footnote reference either way.

There are no compulsory sections that are expected in the article or in which particular order they should be. Each article will have its own requirements. The general advice is to structure the article around the sources used, both primary and secondary, making sure to emphasize each important source and the information it provides. This is, though, a rule of thumb, and should never be obeyed to the point of hurting the readability and overall quality of an article.

One-sentence paragraphs ought to be avoided wherever possible as they inhibit the flow of the article. In the same vein, the same advice holds for exceedingly long paragraphs that become hard to read.

Always consider the trade off between length and readability. For sections that are not as relevant to the subject of the article it may not be necessary to go into exhaustive detail (such as referencing multiple hadiths that say the same thing). If this is a topic worth such attention consider making a page of its own. Some subjects may naturally require more extensive coverage than others. Sections which become overly long should be considered for articles of their own.

Articles that do not have a section dedicated to coverage of the topic by Qur'an or hadith or scholars in specific (e.g. Islamic Views on the Shape of the Earth) can make use of a general "Relevant quotations" section (e.g. Houri (Heavenly Virgin)) which compiles vital scriptural and textual references. If this section becomes too bulky or unwieldy, and categorizing its contents internally by source doesn't help, consider splitting it into separate sections such as "[topic] in the Qur'an", "[topic] in the Hadith", "classical perspectives" (for quotes on the topic from scholars), and even "modern perspectives" (for modern perspectives on the topic, see below). If this is also unhelpful or is deemed unnecessary, consider creating a dedicated Qur'an, Hadith and Scholars page for the topic (be sure to add that topic to the QHS menu template).

Modern perspectives (NOT to be titled "apologetics")

Islam, as with any storied tradition, has and continues to change with the times. What a Muslim scholar wrote in a book in 10th century Baghdad is not going to perfectly reflect the beliefs and practices of Muslims living on the West Coast of the United States in the current year. The beliefs of both and in fact all other Muslims fall within the scope and purview of WikiIslam, and it is the wiki's job to document both. For more on what falls into this category, see WikiIslam: Writing Style Guide and WikiIslam:Scope and Article Relevance.

When it comes to these views, they need to be firmly and clearly segregated from the main body of the article discussing the actual event(s) the idea or doctrine is based on and the views of the traditionally esteemed classical Islamic scholars such as Tabari and ibn Kathir. This should be done visually, with an entirely new section covering "Contemporary perspectives." This should be done at or near the end of the body. This should not come towards the beginning of the article. As outlined in the Writing Style Guide, this section should not in any way attempt to argue or persuade. It should be made clear that the views catalogued here are modern and whatever factual errors are inherent to them should be mentioned but WikiIslam is an encyclopedia, not a repository of polemical articles, and as such this section should not be argumentative or polemical in any way.

Where it is important to distinguish between modern perspectives that are properly described as "revisionary" (due to the revisionist stance they take viz. Islamic tradition) and strict modern salafi/traditionalists, it may be appropriate to distinguish the former as "revisionary". Such a distinction is most common with ethical/legal topics where strict salafis/traditionalists continue to stand by outmoded Islamic practices such as marital rape and wife beating, while modern, reform minded scholars attempt to promulgate revised rulings. Such a distinction is least common with scientific topics, where a theological reinterpretation is necessary for all desiring continued legitimacy in the 21st century, whether they are strict salafis/traditionalists or modern, reform minded scholars (e.g. Islamic Views on the Shape of the Earth).

Criticisms of modern perspectives (NOT to be titled "refutations")

Detailed criticism of modern/apologetic arguments included in the "modern perspectives" section. Again, here, the words "apologetics" and "refutations" should be avoided to keep the wiki clear of polemical content. The objective of the wiki in this regard, again, is to document rather than engage in ongoing polemical debates. The same writing guidelines outlines for the "modern perspectives" section apply here.

The Lead Media is the first image seen when opening an article. It should appear on the right-hand side of the lead text, before the table of contents. It should be entered before any text as to align with the top row of the lead paragraph.

For Individual subjects: If the article focuses on an individual/entity/being then the image should be included in an infobox template (a sidebar that includes pertinent factual information listed under a relevant image). If available, the image should be the clearest possible picture which includes the subject’s face. If no photos of the subject exist, then a portrait or historical depiction of the subject will suffice, if also unavailable choose an image that a reader would understand and be able to connect to the subject.

For Other Subjects: Choose the most relevant and appropriate article available that is directly relatable to the topic. The reader should not have to work out the relevance of the image to the subject.

The infobox is a fact-sheet style mediawiki template. It consists of a table which lists known facts about the subject (usually a person). Infoboxes should include, but are not limited to, the lead media, birth and death dates, birth name, spouses, family, notable works, and other pertinent facts. Infobox should never include opinions or any challangable claim.

Body Media are images that follow all the criteria of the Lead Media but appear on the right hand side spread throughout the body. Body media should avoid being too close and should aim to have one per section and should be relevant to the subsection it is presented in.

Additional help with formatting and other related issues can be found at: