The idea of scripture is central to Islam; above all else, Islam's own scriptures tell of how Allah has periodically given his followers books throughout the ages, and refers to Islam's co-abrahamic religionists as People of the Book. The central scripture of Islam is above all the Qur'an, which orthodox Sunni and Shi'i Islam see as the literal word of Allah through his messenger Muhammad. The Qur'an, tho, leaves much to be desired when it comes to even the basics of the Islamic religion, let alone as a guide to all aspects of life. To fill in these gaps as it were, the hadith, narrations about the words and deeds of the prophet are also extant; on top of this very important source is the sira, the writings about the lift of the prophet, and the tafsir, learned commentary upon the Qur'an which leverages the other two extra-Quranic scriptures. Although the Qur'an itself is beyond reproach, the other three sources are subject to various degrees of trustworthiness, which have been defined throughout the ages by the Islamic scholarly community, The evaluation of hadith, sira, and tafsir for its trustworthiness constitutes a large part of the work done for the Islamic community by its scholars.

The Qur'an is the holiest scripture of Islam; some Muslims, known as Quranists, claim to follow it and it alone (these Muslims are considered heretics by orthodox Sunni Muslims, inter alia). According to orthodox Sunni doctrine, it is the full, complete, unaltered word of Allah directly to his apostle Muhammad (Shi'ites claim that though the portion we have is untouched, Sunnis have cut out many chapters and verses which they did not want in the final Qur'an). As such its study is of great importance to Muslim scholars, and Muslim believers study it in their own time for their own spiritual growth. As the direct and literal word of Allah, orthodox Sunni Islam submits that the Qur'an is flawless in every way, from its "clear" Arabic to its claims about history and science. In addition to articles about the Qur'an, its contents, its history, and its interpretation, this section contains our Asbab al-Nuzul (Revelational Circumstances of the Quran) articles, which are a resource which gathers the various "revelational circumstances" of different verses in the Qur'an, in English translation, arranged by the order of the verses and chapters as they appear in the Qur'an.

The history of the Qur'an as a text comports in many way to the description we have of it in Islamic sources--although there are some discrepancies. 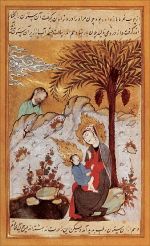 The author(s) of surat-Maryam, the surah of Mary, seems to be under the mistaken impression that Mary, the mother of Jesus Christ, was also a sister of Aaron, the brother of Moses

Scientific Errors in the Quran

Sunni orthodoxy claims that the Qur'an is infallible when it speaks of matters of science, but a close comparison to the scientific undestanding of the text of the Qur'an to modern science shows many revealing mistakes 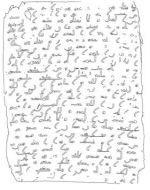 The majority of the manuscripts of the Qur'an which are today extant seem to be descended from the recension that was ordered created by the caliph Uthman, and show a remarkable uniformity; a palimpset, or impression of an erased Qur'an, on a scroll which was found in the Yemeni city of San'a, however, reveals a manuscript with some remarkable differences from the accepted Uthmanic recension 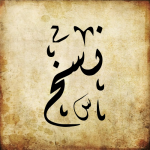 Many verses in the Qur'an disagree with eachother, sometimes on important points; the doctrine of Naskh explains which vesers take precedence in any given conflict, and how this is decided by the scholars. 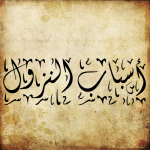 This special page is a series of resources for the English-speaking student, researcher or reader as opposed to an encyclopedia article. It contains all of the suwar of the Qur'an along with the associated asbab al-nuzul or "revelational circumstances", explaining how the Islamic tradition sees the circumstances of each revelation.

Orthodox Sunni and Shi'i Islam see the prophet as Uswa Hasana, the perfect, "complete" man for all times and all cultures. As such the record of the prophet's words and deeds, the hadith, constitute the fundamental building block for Islamic fiqh in addition to the Qur'an. The hadith literature is truly vastly, including dozens of volumes by many different muhaddiths or hadith scholars.

Sahih Bukhari is the most esteemed collection of hadith, held second only to the Qur'an itself in the Sunni tradition in terms of authority. Put together by a central Asian scholar over 200 years after the death of the prophet, Sahih Bukhari contains only hadith which receive the highest level of approval from Sunni scholars. 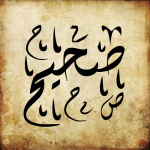 Sahih صحيح or "correct" is the highest level of trustworthiness that the Sunni tradition can assign to a particular hadith.

Scientific Errors in the Hadith

Like the Qur'an, orthodox Sunni tradition holds that the words of the prophet were unerring on matters of science. Even many "sahih" hadith, though, betray a pre-modern understanding of natural world which clearly falls in line with ancient belief rather than the findings modern science. 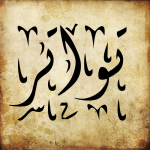 Tawaatur is a designation given to hadith which are attested to by multiple chains of transmission, called isnaads (asaanid أسانيد in Arabic).

The sira, or life of the prophet, makes up the third cornerstone of Islamic scripture. The sira literature begins with the sirat rasul Allah, or Life of the Apostle of Allah by ibn Ishaq, which has not survived to the current day but which was retained by his student ibn Hisham and also partially in the history of the Islamic polymath Tabari, and continued by other Islamic writers.

The sirat of ibn Ishaq is the earliest Islamic document now extant detailing the life of the prophet Muhammad in chronological order.

The tafsir تفسير literally "explanation" is a genre of Islamic literature which explains the Qur'an, drawing on multiple traditions such as the stories of the Israelis (Israeliyyaat), the hadith and the sira.

ِThe tafsir literature is essential to the orthodox Sunni understanding of the Qur'an, and forms a fourth source of scripture for orthodox Sunni Muslims.