Islam has been defined by its scholars since the 8th century (the second Islamic century). The Arabic word عالم 'aalim means simply "one who knows" and it is also used in Arabic to refer to scientists and specialists in many fields of knowledge. In Islamic discourse the word usually refers to scholars of fiqh or Islamic law, although the word is also used to refer to the early scholars who gathered the stories of maghazi (raids) and hadith of the prophet. In classical times ulemaa such as Tabari were also knowledgeable in other fields such as philosophy, medicine, and world history, but as with most other fields modernity has forced the concentration of efforts, and modern Islamic scholars tend not to be polymaths. Included in this portal are modern scholars working inside the Islamic tradition, such as Yasir Qadhi, but also modern scholar-preachers such as Zakir Naik. The scholars of the Shi'i tradition, although fulfilling many of the same roles as their Sunni counterparts, also have a more systematized, organized role in the context of the Shi'ite religious hierarchy, particularly in Iran where the state is currently fused to the Shi'ite clerical establishment.

The scholars of the classical or pre-modern period played a tremendous role in defining what Islam would be for later generations. Many questions that Muslim scholars take for granted, such as the nature of the Quran vis-a-vis Allah or the place of reason or philosophy vis-a-vis revelation were settled in this period and remain more or less uncontested today. 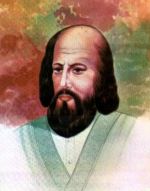 Al-Ghazali was a 9th century Islamic scholar who championed the "Islamic sciences" against the philosophy of the Greeks; in theology he was a famous Ash'ari and in fiqh he was a famous Shafi'i jurist

Jalal al-Din al-Suyuti was a 13th century Islamic scholar and jurist of the Shafi'i madhab, famous for his extremely influential tafsir. He also wrote on a wide variety of subjects and is sometimes called the most prolific writer of the Islamic tradition 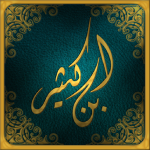 Ibn Kathir al-Dimashqi was a 12th century Islamic scholar of hadith. His tafsir is considered to be one of the most influential in modern Islamic theology and jurisprudence. He also wrote a work called the Israi'iliyaat about the biblical stories of the Jews.

Ibn Taymiyyah was an 11th and 12th century Islamic scholar known for his fierce defense of Sunni orthodoxy. Along with Ghazali he helped turn the intellectual tide against Greek philosophy in the Muslim wolrd and also called for jihad against the Mongols

The modern period brought about a confrontation between modernity, and all of its attendant movements and ideas, and the scholars of Islam, whose background and basis is in the writings of men who lived in a civilization which was very sure of itself and unchallenged. As such, even the most reactionary Islamic scholars can be read as being in conversation with modernity, even if this conversation entails a wholesale rejection of the concept. 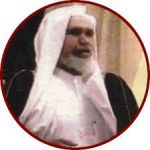 Hamood bin Uqla Ash-Shu'aibi was a hardcore salafi scholar who was quoted my Usama bin Laden and was influential in the jihad movement in the 21st century.

Muhammad ibn Abd al-Wahhab was an influential Islamic scholar in the Arabian peninsula during the early modern period. His thought was very influential on the salafi and takfiri schools of jihadi Islam was well as the Hanbali Islam of the Kingdom of Saudi Arabia. 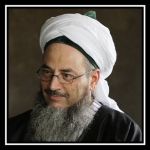 Gibril Haddad is an influential Beirut-born scholar of hadith as well as translator. He is a self-described opponent of "salafi fundamentalism."

The modern period has brought many challenges to the Muslim ummah which were not heavily considered by scholars of previous ages, including large Muslim populations living in otherwise non-Muslim governments and socieites in places like Europe and India. This has brought with it debate and competition for the minds and souls of the people in these societies, against other religions such as Christianity and the advance of atheism in the contemporary period. In order to meet this challenge, popular "dawah" preachers have arisen who have a style more familiar to protestant pastors and atheist preachers such as Christopher Hitchens, but who never the less hew to very traditional understandings of the Islamic tradition. 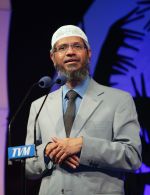 Zakir Naik is a popular Sunni preacher from India. His fiery defenses of Islam and his outreach to other religious groups such as atheists and Hindus have made him popular with many Muslim believers, but he has also stirred controversy with statements supportive of Usama bin Laden and terrorism.

Shi'i scholar belong to a different tradition than their Sunni counterparts. Thanks to the doctrine of vilayet-e-figh in Iran, many Shi'ite clerics also hold important roles in the contemporary Iranian government 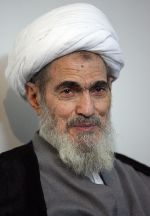 ِAli Meshkini is a high-ranking Shi'i cleric and member and chairman of the Assembly of Experts which picks the Supreme Leader of the Islamic Republic. 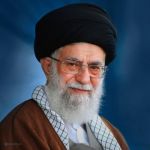