From WikiIslam, the online resource on Islam
Revision as of 22:20, 30 January 2022 by Asmith (talk | contribs) (→‎Women)
(diff) ← Older revision | Latest revision (diff) | Newer revision → (diff)
Jump to navigation Jump to search
A checked version of this page, approved on 30 January 2022, was based on this revision.

Rape in Islamic Law
Rape, known in Islamic law as zina bil-ikrah or zina bil-jabr (literally "fornication by force"), is generally defined by Muslim jurists as forced intercourse by a man with a woman who is not his wife or slave and without her consent. As with enslaved females, according to Islamic law, married women are required to oblige their husbands sexual advances - raping one's wife is permissible. The concept of "rape" is thus deemed to be equally non-existent in the contexts of both marriage and slavery.

Child Marriage in Islamic Law
Child marriage and sexual activity between adults and children are sanctioned by Islamic law and were practiced by Muhammad and his companions. The only restriction on sexual activity with children of any age within the contexts of marriage and slavery is that the child should not come to severe physical harm as a consequence of the encounter ("mental anguish", as such, is not considered, and consent is regardless irrelevant). 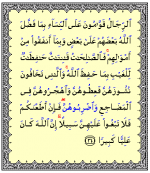 The Word "Daraba" in the Qur'an
Verse 4:34 of the Quran instructs men to, among other things, beat their wives "from whom [they] fear rebellion" or "disobedience". As a consequence, Islamic law sanctions and instructs wife-beating as a legitimate domestic disciplinary measure. The word used to instruct this beating is "daraba" whose translation has been a source of contention.

Islamic law permits the residence of Christians, Jews, and Zoroastrians (the three groups constituting the People of The Book) in the Islamic caliphate, or state, provided they accept the legal, social, and financial subjugation (the Dhimma system) whose explicit aim, as mentioned in the Quran, is their humiliation viz-a-viz the Muslims. Traditionally, per Islamic scriptures, polytheists and persons of non-Abrahamic faiths were deemed unsuitable for residence in Islamic lands and would have either to convert or face execution following military defeat. Historically, however, the challenge of implementing such policies against large numbers of polytheists (following, for instance, the Islamic conquest of Hindu lands) brought Islamic scholars and political leaders to arrange compromises and additional constraints whereby certain polytheists could live as Dhimmis. The persecution of non-Muslim minorities and unorthodox Muslim sects in Muslim-majority countries continues today. 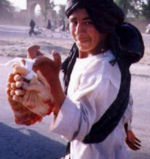 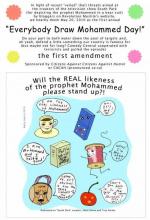