From WikiIslam, the online resource on Islam
Revision as of 14:35, 2 October 2021 by Lightyears (talk | contribs) (→‎The Formation of the Qur'an and Classical Arabic)
(diff) ← Older revision | Latest revision (diff) | Newer revision → (diff)
Jump to navigation Jump to search
A checked version of this page, approved on 2 October 2021, was based on this revision.

The first centuries of the Islamic Hijri calendar, starting in the CE year 622, were the formative years of the religion. Between the first and third Islamic centuries the Qur'an was written down and codified, the prophet lived and died, the great hadith collections were gathered, the sira of the prophet was committed to writing, the great schools of Sunni jurisprudence came to be, and the theology of Islam attained its familiar form. The end of the Abbasid period saw the "crystallization" of the Islamic tradition around the Sunnah of the prophet and the Qur'an placed in creation before all time and space after the defeat of the Mu'atazilite heresy. These years thus can be said to cover the formation of the religion of Islam as we know it today. 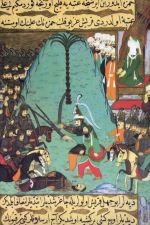 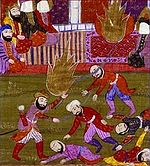 The massacre of the Jewish tribe of Banu Qurayzah remains one of the most controversial events of the sira to this day; a great victory for Muhammad and the Muslims, the mercilessness with which he dealt with his Jewish enemies leaves many questions about the character of the prophet. 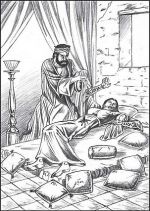 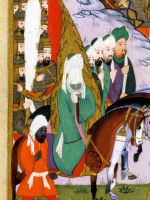 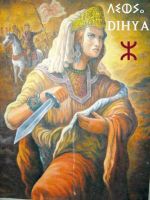 The Qur'an was never put down to writing as a complete book during the prophet's lifetime, according to the Islamic sources. The impetus to put the Qur'an to writing came from the death of many of the Muslims who had memorized it.