Difference between revisions of "Portal: Muhammad's Companions and Contemporaries"

[[File:|150px]]
Sahabah
The Sahabah were the companions of Prophet Muhammad. According to tradition, an individual must have: seen Muhammad, believed in his prophethood, and died as a believer in order to be considered a sahabi or companion of the Muhammad (and thereby attain the concomitant theological status). These would exclude, for example, Ubayd-Allah b. Jahsh (brother of Zainab b. Jash, the cousin and wife of Muhammad), who was considered one of the sahabah but later converted to Christianity.
[[File:|150px]]
Ahl al-Bayt (Muhammad's Household)
The Ahl al-Bayt, literally "People of the House", is a term used to refer to those persons who are members or descendants of Muhammad's household. These people have a priveleged status in Islamic and especially Shi'ite doctrine. A sahih hadith reports Muhammad to have said, "I have left among you, that which if you hold fast to it, you shall not go astray: The Book of Allah and my family". Traditions of this sort have been variously interpreted by the many sects of Islam.
[[File:|150px]]
Rashidun Caliphs
The Rashidun Caliphs are the four caliphs who followed in the leadership of the ummah following the death of the prophet Muhammad, Abu Bakr, Umar, Uthman, and Ali. Sunni jurists consider them "rightly guided by Allah" and see their reign and religious ordinances as a basis for the practice of Islam. Shi'ites, however, consider the first three to be usurpers, with only Ali and his family having the right to sit on the throne.
[[File:|150px]]
Tabi'un
The Tābi‘ūn (التابعون‎ Followers) are the generation of Muslims who were born after the death of Prophet Muhammad, but who were contemporaries of the Sahabah (Companions of Muhammad). As such, they played an important part in the development of Islamic thought and philosophy, and in the political development of the early Caliphate. According to Muhammad, they are among the best generation of Muslims on Earth, along with the Tabi' al-Tabi'in and the Sahabah.
[[File:|150px]]
Salaf al-Salih (Pious Predecessors)
Salaf is an Arabic noun which translates to "predecessor", or "forefather". In Islam it refers to the first three generations of Muslims, the so-called "Pious Predecessors". According to Prophet Muhammad in the hadith, the Sahabah ("Companions"), Tabi'un ("Followers"), and Tabi' al-Tabi'un ("Those after the Followers") are among the best generation of Muslims on Earth, and are therefore considered the model for how Islam should be practiced.
[[File:|150px]]
Child Marriage and Muhammad's Companions
Alongside Muhammad himself, who consummated his marriage to nine year old Aisha when he was 54, his companions also committed engaged in child marriage. The most famous example of this is, perhaps, the marriage of Umar b. al-Khattab to Umm Kulthum (the daughter of Ali b. Abi Talib when he was 58 years of age and she was between 10-12 (some sources suggest she was even younger). 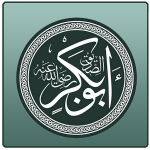 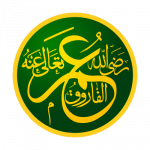 Uthman ibn Affan
Uthman was the third caliph of the Islamic State, following Abu Bakr. A companion of the prophet, Uthman was married to Muhammad's daughter Ruqayya and was close to him during his time in Medina, although the tradition seems to indicate he was not at the Battle of Badr. Taking over the caliphate from his predecessor Umar, Uthman continued the expansion of the jihad state though not in as spectacular a fashion as his predecessor.
[[File:|150px]]
Ali ibn Abi Talib
Ali ibn Abi Talib (عَلِيّ ٱبْن أَبِي طَالِب) was Muhammad's cousin and son-in-law, and was the fourth of the "four rightly guided caliphs". The Shia, emphasizing his status as a member of the prophet's family or "household" (ahl al-bayt), consider him the first Imam and rightful successor to Muhammad. A Sahih hadith reports that Muhammad said, "For whomever I am his Mawla then 'Ali is his Mawla." Many similar hadiths exist and have proven highly controversial in Sunni-Shi'ite discourse.

[[File:|150px]]
Abdullah ibn Abd al-Muttalib
Abdullah ibn Abd al-Muttalib was the father of Muhammad who passed away during a trading trip he embarked on while Aminah, his wife, was still pregnant with Muhammad. According to hadiths in Sahih Muslim that some Islamic theologians have had trouble grappling with, both of Muhammad's parents are in hell.
Retrieved from "http://wikiislam.net/index.php?title=Portal:_Muhammad%27s_Companions_and_Contemporaries&oldid=128026"