From WikiIslam, the online resource on Islam
Revision as of 03:07, 12 January 2023 by Lightyears (talk | contribs) (→‎Islam and extra-biblical Stories from the Jewish and Christian Traditions)
(diff) ← Older revision | Latest revision (diff) | Newer revision → (diff)
Jump to navigation Jump to search
A checked version of this page, approved on 12 January 2023, was based on this revision. 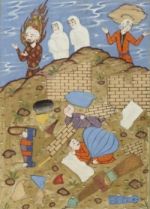 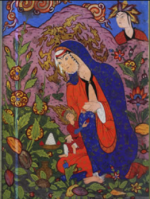 Parallels Between the Qur'an and Late Antique Judeo-Christian Literature

This article illustrates how the Qur'an took stories from a wide variety of extra-biblical literature from the ancient middle east. Many of these stories can be seen evolving in the centuries leading up to Islam. In some cases stories were even created for Rabbinic exegesis of a single word in the Hebrew scriptures.