This article expresses a pro-Islamic viewpoint. 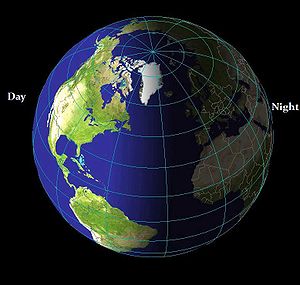 The Qur'an stated 1400 years ago that, "Angels travel in one day the same distance that the moon does in 1000 lunar years(i-e) 12000Lunar orbits/Earth day, which outside the gravitational field turned out to be the speed of light.

The Qur'an is not a scientific book or a book of stories. Many people argue the point that Muslims try to explain a whole topic on the basis of one sentence from the Qur'an. My reply to that argument is that the Holy Qur'an is Allah's book, and in it, Allah gives hints about everything on every topic; therefore even the smallest sentence can be the basis of an entire book.

Before making that assumption about the Holy Qur'an,what has to be understood is that the Qur'an is not addressing someone in year 2009. It is addressing people in 600 ca and explaining incidents that occurred in 4000 BC. The mental capacity and the level of understanding of someone in 600 ca is different from a modern day individual. If Allah had clearly said in the Holy Qur'an "the Earth is round", people would have believed in it, but they also would have been confused by it. And that confusion would have caused weakening of faith and become the cause of strengthening the will of Prophet Muhammad pbuh's rivals. But even today in 2009, humans have not been able to find any discrepancies in the Holy Qur'an. And even after a 1000 years, the Qur'an will still be ahead of science because it is the book of Allah and of course as he is the creator of the universe, his knowledge will exceed that of mere humans.

It is a great miracle that these facts, which could not possibly be discovered without the technology of the 20th century, were explicitly stated by the Qur'an 1,400 years ago.