From WikiIslam, the online resource on Islam
Revision as of 07:28, 28 September 2010 by Sahab (talk | contribs)
(diff) ← Older revision | Latest revision (diff) | Newer revision → (diff)
Jump to: navigation, search
A checked version of this page, approved on 28 September 2010, was based on this revision. 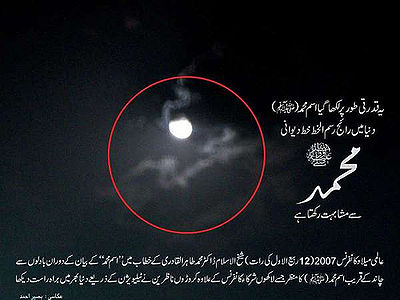 During the speech by Dr. Muhammad Tahir-ul-Qadri on the international Mawlid-un-Nabi Conference on the 12th Rabbi Ul Awwal the word MUHAMMAD appeared near the Moon...just as the Shaykh was spelling the name and said "I wish i had a board to write it on" ...Subhannallah!! The clouds wrote it for him!! [1] [2] [3]

Video of the event

Well there's nothing like a little creative license when presenting a miracle. The above quote claims that the Sheikh said he wished he had a board to write on and then the miracle happened. Well, not quite. Here is a translation of the video: 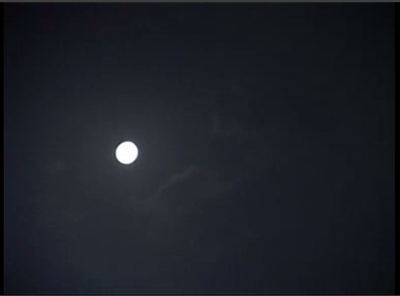 Comparison of both images

Example of a doctored image